Employing the rational decision-making process in a series of brainstorming sessions, attributes of the system were identified  for integrating a diverse set of sensors and data acquisition systems from a wide range of technologies for detecting and monitoring damage in an aircraft assembly. The design combines infra-red image sensors, visible imaging using digital image correlation, fibre Bragg gratings and resistance strain gauges. The point sensors provide quantification of strains and allow the usage history to be tracked, while the strain fields obtained via image data permit the assembly’s condition to be characterised using the image decomposition techniques developed in the EU projects ADVISE, VANESSA and INSTRUCTIVE.

allowing for a variety of sensors to be combined. This implied that the interfaces between individual modules were clearly defined and strictly respected. The system is self-contained to allow maximum modularity and flexibility. As the system is to be added to an aircraft structure, potentially also to a flying aircraft in future, the design considers the mass, size (volume) and energy budget.

The integrated measurement system will be incorporated into a test bench at EMPA in order to allow a pre-demonstration check of its capabilities. 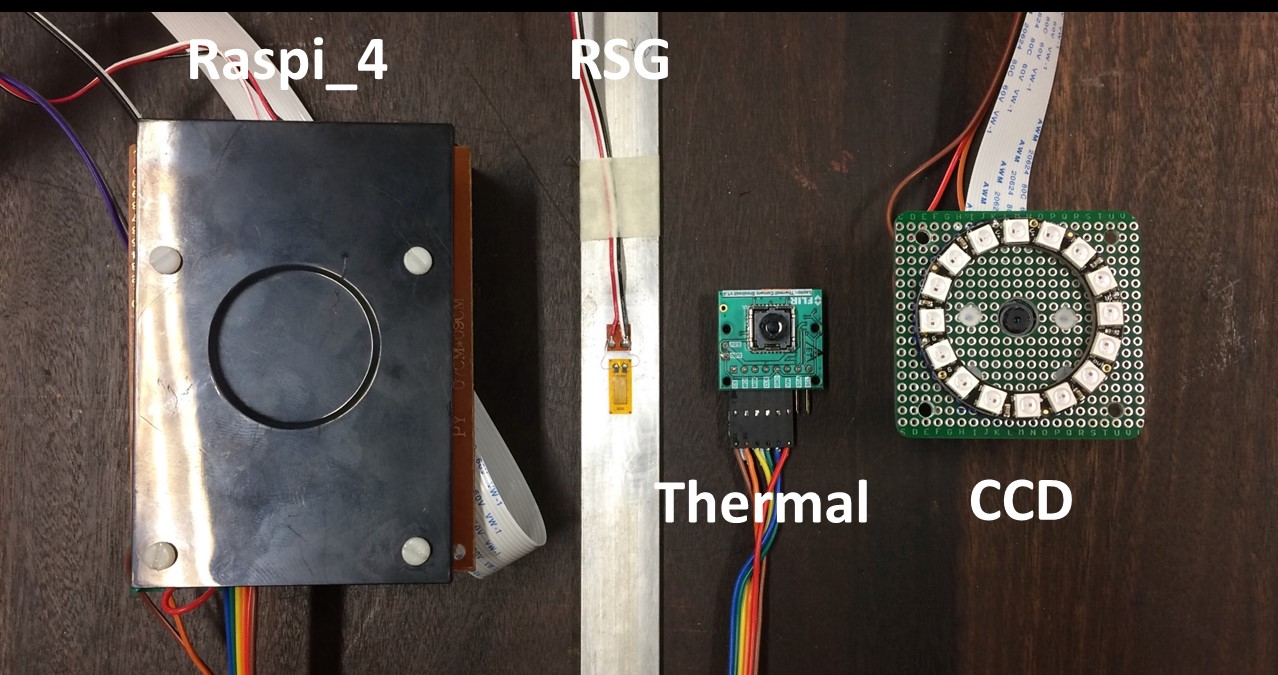 A Raspberry Pi 4 (Raspi_4) connected to a strain gauge (RSG), a Lepton (thermal camera) and a visible camera with LED illumination ring (CCD) before integration into a compact module.